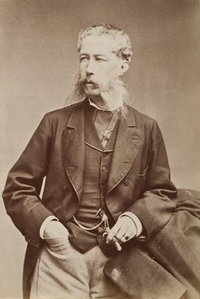 Plan your visit. Frequently Asked Questions From parking to payment, find out what changes we've made to ensure you have an enjoyable shopping experience.

Macs Designs, LLC. Simply Me Boutique. The battlements and crockets on the top of the tower were replaced in the mid 19th century.

The priory church was built around , and enlarged around in association with the construction of the Purbeck marble tomb of St Eadburh. This may have been the gift of the priory's patron Henry de Lacy, 3rd Earl of Lincoln.

The walled rectangular enclosure of the priory lay just south of the church. The dovecote and houses in Old Place Yard lie within the central precinct.

St Edburg's House is built partly over the site of the large priory church. This was linked by a cloister to a quadrangle containing the refectory, kitchens, dormitory and prior's lodging.

The priory farm buildings lay in the area of the present church hall, and these had direct access along Piggy Lane to land in what is now the King's End estate.

Early charters promoted Bicester's development as a trading centre, with a market and fair established by the mid 13th century.

Fate made William the 6th Earl of Derby in when his older brother Ferdinando, the 5th Earl, mysteriously died.

In , the 6th Earl sold a 9,year lease to 31 principal tenants. This in effect gave the manorial rights to the leaseholders, 'purchased for the benefit of those inhabitants or others who might hereafter obtain parts of the demesne'.

The leaseholders elected a bailiff to receive the profits from the bailiwick , mainly from the administration of the market and distribute them to the shareholders.

From the bailiff's title the arrangement became known as the Bailiwick of Bicester Market End. By , all of the original leases were in the hands of ten men, who leased the bailiwick control of the market to two local tradesmen.

A fire in had destroyed the buildings on the eastern side of Water Lane. A Nonconformist congregation was able to acquire a site that had formerly been the tail of a long plot occupied at the other end by the King's Arms.

Their chapel built in was 'surrounded by a burying ground and ornamented with trees. At the southern and downstream end of Water Lane, there were problems of pollution from animal dung from livery stables on the edge of town associated with the London traffic.

Edward Hemins was running a bell-foundry in Bicester by and remained in business until at least King's End had a substantially lower population and none of the commercial bustle found on the other side of the Bure.

The manorial lords, the Cokers, lived in the manor house from The house had been rebuilt in the early 18th century remodelled in the s.

The park was enlarged surrounded by a wall after when a range of buildings on the north side of King's End Green were demolished by Coker.

A westward enlargement of the park also extinguished the road that followed the line of the Roman road. This partly overlapped a pre close belonging to Coker.

The effect of the enlargement of the park was to divert traffic at the Fox Inn through King's End, across the causeway to Market Square and Sheep Street before returning to the Roman road north of Crockwell.

The bailiwick lessees promoted a much less regulated market than that found in boroughs elsewhere.

Away from the market, Sheep Street was considered 'very respectable' but its northern end at Crockwell was inhabited by the poorest inhabitants in low quality, subdivided and overcrowded buildings.

By , the causeway had dense development forming continuous frontages on both sides. The partially buried watercourses provided a convenient drainage opportunity, and many houses had privies discharging directly into the channels.

Downstream, the Bure ran parallel with Water Lane, then the main road out of town towards London.

Terraces of cottages were built backing onto the brook, and here too these took advantage of the brook for sewage disposal, with privies cantilevered out from houses over the watercourse.

Town houses took their water from wells dug into the substrate which became increasingly polluted by leaching of waste through the alluvial bed of the Bure.

Until the early 19th century, the road from the market place to King's End ran through a ford of the Bure brook and on to the narrow embanked road across the boggy valley.

The causeway became the focus for development from the late 18th century as rubbish and debris was dumped on each side of the road to form building platforms, minor channels of the braided stream were encased and culverted as construction proceeded.

The vernacular buildings of the town have features of both the Cotswold dip slope to the northwest and the Thames Valley to the southeast.

The earliest surviving buildings of the town are the medieval church of St Edburg ; the vicarage of and two post Dissolution houses in the former Priory Precinct constructed from reused mediaeval material.

Early secular buildings were box framed structures, using timber from the Bernwood Forest. Infilling of frames was of stud and lath with lime render and limewash.

Others were of brick or local rubble stonework. The river valleys to the south and east of the town were the source of clay for widespread local production of brick and tile.

In the 18th and 19th centuries the Page-Turners had brick fields at Wretchwick and Blackthorn which operated alongside smaller producers such as farmer George Coppock who produced bricks as a sideline.

Thatch had to be laid at pitches in excess of 50 degrees. This generated narrow and steep gables which also suited heavy limestone roofs made with Stonesfield slate or other roofing slabs from the Cotswolds.

The other widespread roofing material was local red clay plain tiles. These could be laid at much more shallow pitches on fashionable high status houses.

Apart from imported slate, a striking characteristic of all of the new buildings of the early 19th century is the continued use of local vernacular materials, albeit in buildings of non-vernacular design.

The town has a long-standing connection with the military. During the Civil War —49 Bicester was used as the headquarters of parliamentary forces.

Following the outbreak of the French Revolutionary Wars from , John Coker, the manorial lord of Bicester King's End, formed an 'Association for the Protection of Property against Levellers and Jacobins ' as an anti-Painite loyalist band providing local militia and volunteer drafts for the army.

Coker's Bicester militia had sixty privates, and six commissioned and non-commissioned officers led by Captain Henry Walford. The militia briefly stood down in after the Treaty of Amiens.

But when hostilities resumed after invasion anxiety was so great as to warrant the reformation of the local militia as the Bicester Independent Company of Infantry.

It had double the earlier numbers to provide defence in the event of an invasion or Jacobin insurrection. The Bicester Company was commanded by a captain, with 2 lieutenants, an ensign, 6 sergeants, 6 corporals and privates.

Their training and drill were such that they were deemed 'fit to join troops in the line'.